Sarah Natale has been called an L.A. Gal (Language Arts Girl) due to her passion for words. THE KISS OF DEATH, which was actually an assignment in her senior creative writing class, was destined to become her debut book after receiving a fine arts literary award. Sarah loves reading, writing, figure skating, and playing classical piano. She can be found surrounded by books with an open notebook, pen in hand.

Sarah is pursuing a double major in Creative Writing and Public Relations at Drake University. She is from the suburbs of Chicago where she is at work on her next book. Visit Sarah online at www.sarahnatale.com 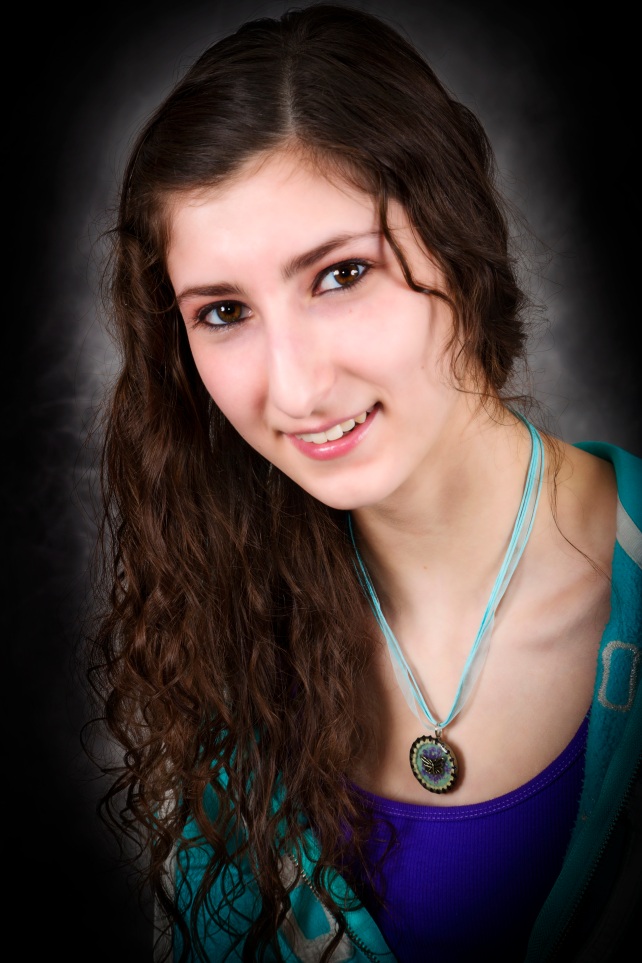 On the line we have sixteen-year-old Elizabeth Chauncey, calling through space and time all the way from 14th century London. So tell us, Elizabeth, what is life like in 1348?

Elizabeth: Right now, it’s not the best. The streets are ridden with a strange disease that renders bedridden anyone it comes into contact with. The sick are wandering helplessly, and dead bodies just keep piling up ever since the grave sites began to overflow. When traveling through the city, carriages have to make detours to avoid colliding with them. I prefer not to spend too much time outdoors, but Moder sent me on an errand and I had the pleasure of witnessing the devastation firsthand.

So you’ve survived traversing the icky streets with no incident. That’s fabulous! What do you do to stay healthy?

Elizabeth: I try not to bathe too often. The physician stresses that this is of particular import since it halts the spread of disease. I also cover my face with a kerchief that has been dipped in aromatic oil. Because he says that the disease is spread through foul-smelling air, I use a lot of incense – scents like juniper, pine, and rosemary. They really help mask the awful stench of dying and decaying bodies in the street, too. I’m particularly careful when I pass a Plague House.

Rumor is that you’ve been locked up in one of the dreaded Plague Houses before. Tell us, what was it like?

Elizabeth: It was horrifying! I think that’s the worst way to die – surrounded by your loved ones, knowing that you will all catch the disease from each other and be the cause of your entire family’s demise.

Wow, you’re a trooper! Okay, the burning question. I know Teen Life Magazine has been trying to get an interview with you for weeks, but here we have the exclusive scoop. Just what is going on between you and the young fellow, Matthias de Bourgueville?

Elizabeth: *blushes* Quite honestly, I rather fancy him. We grew up together and he is a long-time family friend, so he’s practically family. My little sister Carrie says we should get married, but I don’t know. We come from different backgrounds, and he’d need to establish himself as a craftsman first before my family would even dream of allowing it. Sometimes I wish I was born into peasantry so I wouldn’t have to live this half-in, half-out semi-nobility status. It’s exhausting. I’ve never told Matthias that my feelings have changed, so I have no idea if he’d even favor the idea. Perhaps we could court, but that idea is so far-fetched – no use upholding such fantasies!

Ooh, the romance brews! Well, that’s all we have time for today. Thank you, Elizabeth, for buzzing in! You’ve come quite a long way; I hope the plague doesn’t treat you too terribly on your way home!

Check back for an exclusive with the Matthias de Bourgueville sometime in a future program. Is it love or is it infatuation? Does he even know she exists? All that and more on AMC 100.1, Author Marathon Central. Once again, this is Sarah Natale, author of The Kiss of Death. Back after this break.

Purchase your copy of The Kiss of Death through Kellan Publishing, Amazon, Barnes & Noble, or Kobo.

One thought on “Author Focus Week Day 4: Meet the Characters”